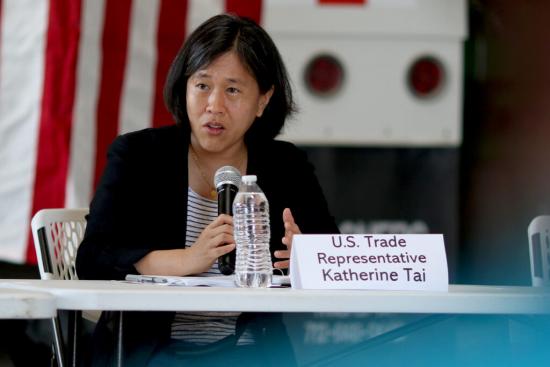 Iowa federal lawmakers are calling for more support for Iowa farmers in the face of rising costs and potential cuts in international trade.

The US Sens. Joni Ernst and Chuck Grassley called on the US Trade Representative to crack down on the country’s plan to ban imports of American genetically engineered corn. According to a press release from Ernst, the proposal would effectively halt 90% of US corn imports into Mexico by January 2024.

According to the US Grains Council, Mexico is the largest consumer of Iowa corn, with 16 million tons exported to the country each year. Mexican agriculture officials could cut imports of US yellow corn by half with plans to boost domestic production, according to a Reuters report in October.

“Any disruption to these supplies will severely impact our farmers and the state’s economy, and will have serious economic consequences throughout the Corn Belt,” the senators wrote. “President Obrador’s decree is not only a failure for America’s farmers, it is also impossible to implement.”

Axne said doubling funding for the Market Access and External Market Development Program could boost agricultural exports nationwide by over $7 billion. Iowa, which was the state’s second-biggest agricultural exporter in 2021, would benefit greatly from the increased funding, she said.

“Farmers in Iowa produce some of the highest quality produce that feeds and powers the world,” Axne said in a statement. “Further investments in the successful Market Access Program and the Foreign Market Development Program will give manufacturers access to new markets, allowing them to continue to compete globally against foreign competitors.”

Iowa Capital Dispatch is part of the States Newsroom, a network of similar news outlets supported by grants and a coalition of donors as a 501c(3) public charity.